The Good News: My honey made the most perfect s’more I have ever seen!
The Bad News: I ate the whole thing!!

The Good News: I worked out in the BBH gym with Lynn & Jeanie today!
The Bad News: I could not keep up with them! I was the first one to quit my workout. But next time I’ll try to last a little bit longer!

The Good News: Chef Shannon cooking in the BBH kitchen today! Enjoyed hanging out with her in the kitchen while she cooked and am looking forward to having “Coconut Crusted Salmon” with coconut curry sauce & brown rice for dinner!
The Bad News: We didn’t win any Dave Matthews tickets on KBCO 97.3 today, despite several feverish attempts. 😦

The Good News: I got to worship & praise the Lord in the early service at Denver First Church today! We usually go to the second service so this was a treat!
The Bad News: No Sunday afternoon nap!

The Good News: Brooks called us from Bahrain this morning! I almost didn’t answer because the CallerID said “Unknown”….so I’m glad I did! We were able to get on Skype and have a video call with Brooks for about 15 minutes. It was so great to see & talk with him! 🙂

More Good News: We went to Ft. Collins with our friends to see Brian Regan at the Lincoln Center. He is so funny and he uses NO profanity in his act! What a novel experience! Fun!
The Bad News: I learned that I should NEVER buy tickets for an event from a third-party vendor…..OUCH!

The Good News: Today we went to the Rockies vs Pirates game at Coors Field with a group of friends. Everyone in the group was supporting the Rockies except Redgie & I (who are Pirates fans.) We ate Rockies Dogs (brats with sautéed peppers & onions) and had a great time catching up and visiting with our friends.
The Bad News: The Pirates played miserably and lost the game 10-1! 😦

The Good News: Redgie was traveling home from his business trip today. His flight was overbooked so he volunteered to give up his seat. As a result he received a $425 travel voucher from USAIR, got on a United flight that arrived home sooner than his original flight and was upgraded to First Class! Wow!
The Bad News: We didn’t win the lottery! 😦

This past weekend was so action-packed that I am grateful that I have today to recover from it instead of having to jump right back into the work week!  Just being able to say that gives me a little burst of joy….I wish everyone could be in this same place in their lives!

We had so much fun this past weekend, it was almost fun-overload!  Here is a rundown of our weekend…

We had tickets to the Rockies vs Pittsburg Pirates baseball game at Coors Field.  We chose this particular game because Redgie & I are Pirates fans.  Redgie & I rode the light rail system to Union Station downtown and walked over to the ball park.  There we met our friends (Clouses, Benefields, Giannatalas & Lairds) who all happen to be Colorado Rockies fans.

We ate Rockies Dogs for dinner (bratwursts with sautéed peppers & onions) and during the game snacked on peanuts & popcorn.  It rained a little bit but not enough to interrupt the game or make it too uncomfortable in the stands.

Despite the rather rude & rabid Rockies fan who sat behind us & found great fun in heckling Redgie (who was wearing the Pirates colors)  we had a great time watching the game and  visiting with our friends.  I especially enjoyed hearing from Jan about the birth of their darling new grandson (while trying not to be too jealous as this is their 10th grandchild while we have none!)  🙂

Unfortunately the Pirates played miserably and lost the game 10 – 1!  What a disappointment!

Saturday morning began with a fun breakfast at the BBH hosted by Dave & Lynn for their former Sunday School class.  About 40 people attended.  Since the original class no longer exists and many of these people now attend other churches, it was a rare treat for them to reunite and spend time fellowshipping and catching up on each other’s lives.

Everyone brought a pot luck item to share, and what a feast it was!  Dave made his famous banana/walnut buckwheat cakes, and others contributed egg casseroles, potato casseroles, bagels, danish, cinnamon rolls, fruit, yogurt and juices.

After eating and some fellowship time, Mark Stout shared a little of what God has been teaching him about the promises of God.  It was so great to hear Mark’s teaching again, and to enjoy it with all (or most of) the original members of the Upper Room Class.

That afternoon Redgie & I picked up Jan & Vini and drove to Ft. Collins where we met the Benefield family at Red Robin for dinner.  We were attending the Brian Regan concert that evening at the Lincoln Center in Ft. Collins.

This is the second time we have traveled to Ft. Collins to hear Brian Regan.  We really enjoy his comedy!  He has such a funny way of looking at ordinary every-day occurrences.   The funniest bit (in my opinion) was the one about checking into a hotel & when the agent cannot find your reservation they ask if perhaps the reservation was made under another name!  hahaha!  I found a clip on YouTube that contains this bit….this was the appearance that Brian Regan made on the David Letterman Show last summer:

After the show Jan, Vini, Redgie & I enjoyed some delicious ice cream at the Walrus Ice Cream shop located at 125 W. Mountain Ave in Ft. Collins.

We decided to go to the early service at Denver First Church of the Nazarene on Sunday.  We usually go to the later service, but since Redgie had to be back at the church at 4 pm on Sunday afternoon we thought an earlier service would be better to give us more time at home before coming back to the church.

I enjoyed the different experience of worshipping in the early service.  It is not as heavily attended as the second service and I could tell the early service was more popular with the younger crowd.  The music was more edgy/contemporary than we normally hear in the second service.  But I enjoyed the music led by the Alpha Band and Shawn McClellan (our church’s worship leader.)  It was a nice change of pace, and I definitely enjoyed getting home sooner than we usually do on Sunday after church and lunch.

Then at 4 pm we were back at DFC because Redgie was playing the saxaphone in the Jerry Nelson “Hymns & Gospel Sing” Concert that evening.  While Jerry & the choir & orchestra rehearsed Jan & I were helping Rachel set up media sales tables and learning what we needed to know in order to help at those tables before & after the concert.

The concert started at 6 pm, and the house was packed!  Jerry is an amazing talent both on the keyboard and also in arranging music for all instruments.  His selection & performance old and new hymn favorites was certainly enjoyed by everyone present.  The added talents of Shawn McClellan and the Rocky Mountain Singers choir created a memorable experience.

As you can see our weekend was unusually busy and action packed.  This is why I am saying today “TGIM!” (“Thank God it’s Monday!”)  🙂

(For more information about the places mentioned in this post please click on “The ‘Where’ is here” page.) 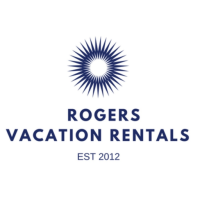